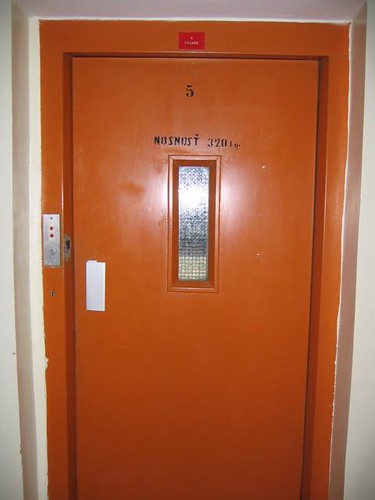 I've always been suspicious of "cloud" services. But I started using Flickr in 2004 (The first image I posted is at the left) because it was convenient. You could post an image and easily grab a lower-resolution version to reference in HTML from a webpage. And I could create "badges" on websites that would show thumbnails of recent photos in a feed. And their early support of Creative Commons was nothing short of ground-breaking.

Eventually, I came to use Flickr in my teaching. Each semester, I still do an activity where I introduce the students to copyright, creative commons (CC), and scientific figures. Few of my students (juniors in college) have the first idea of copyright or have heard of the Creative Commons. Left to their own devices, students will go to Google Images, download any old picture, and use it uncited. (This is somewhat less true now than it was in the past: Google now lets you filter for CC-licensed imagery and makes it harder to just grab images. But Flickr makes it easy to find and use CC-licensed imagery.) Next, I have the students work in pairs to find a CC-licensed image that each student can write a different legend for. A figure needs to play a meaningful role in a paper: you don't just include a figure as decoration: you need to use it to make a point. By having the students recognize that you can use a figure to make multiple points, I hope they get the idea that the legend needs to explain why the author included the figure. In addition, we discuss how to construct a correctly-structured legend including a citation for a CC-licensed image.

Early on, I mostly used their "free" service and only posted a very small subset of the photos I took, but eventually start using the paid service so I could post high resolution images without worrying about going over monthly limit. I renewed my "pro" account just weeks before they announced their purchase and adoption of a "free-only" model.

It was crushing when Flickr was sold to Yahoo. Others have written about how they wasted their engineering effort trying to turn it into a Yahoo property, rather than allowing it to continue at the forefront of image sharing. They could have been *the* photosharing service and, instead, were merely defaced with the ugly purple Yahoo navigation bar while Facebook, Instagram, and others went into to dominate in photo sharing.

Another side effect of the Yahoo acquisition was the decision to implement various national censoring policies, which resulted in photos being unavailable, particularly in France and Germany, that could be seen from elsewhere. This caused the Esperanto community to leave Flickr for Ipernity. (Ipernity was nearly a feature-complete copy of Flickr with a bunch of additional social-media add-ons. It looked like they were going to shut down a year or two ago, but they seem to have resuscitated a bit. I never totally liked it, at least in part, because it would only allow you to download full-quality images if you were logged in.)

But while other services surged ahead, Flickr continued along on their own path with their diehard fans. It seems like lots of serious photographers use Flickr. But I have to admit that I really haven't paid much attention to the community aspects of Flickr: I use it mainly as a back-end piece of infrastructure, and don't pay attention to the groups and followers as I used to.

As Yahoo dwindled, I was really concerned for what might happen to Flickr. I was encouraged to hear that they'd been purchased by SmugMug which has committed to continuing to support it. I'm hopeful that it will continue and grow, because it really is the best at what it does: let you easily share and repurpose images.

Recently, on Facebook, I was forced to acknowledge that a "friend" — a former roommate from college — was trolling me. He would pretend to engage with me, like he was interested in having an actual discussion when, in fact, he was simply posting false, inflammatory articles just to see if he could get me to waste my time responding to them. I say that because it requires little effort to investigate the reputation of the authors or the sites distributing the posts to determine that they are, in fact, specious. And he's a lawyer and clearly capable of performing the necessary due diligence.

is bemused by seemingly educated folks sharing fake science for the lulz, "hur hur… Love is war! Up is down! Knowledge is stupid! hur hur…"

Another so-called "friend" rejects science and shares pseudoscientific racist posts from neo-nazi websites, but in his case, he may simply be too limited to understand what he's looking at.

But I'm left with a quandary. Many people I know simply block or unfriend people like this. I haven't wanted to do this because like Steve Randy Waldman, I genuinely believe in persuasion: The greatest mistake we can make, in my view, is to not try to persuade.

Persuasion is not about elegant logic or Oxford-style debates. It is about interacting, with good will and in good faith, with people who look at things differently, and working to understand how they see things so that you can help them understand how you see things. Persuasion involves a meeting of minds, and very frequently alterations of circumstance and behavior by all involved.

Then today, I saw Quinta Jurecic's Bannon in Washington: A Report on the Incompetence of Evil:

Trolling reflects a profound lack of sincerity, even a hostility to sincerity. It allows the speaker to make an offensive declaration and then insist that his or her (usually his) statement was just intended to make you mad—that you’re the real fool for taking this seriously. The speaker gets to say the thing and also gets to deny responsibility for it. The troll believes that people who care about things are chumps and that the only wise way to go through the world is with a level of ironic detachment that borders on nihilism. Trolling isn’t just about being offensive. It’s about being gleefully offensive.

Persuasion requires good will and good faith on both sides. Don't feed the trolls.